Like a lot of people this past year, I’ve been forced to eat many more meals at home rather than outside as a result of the pandemic. Moreover, from the increased number of meals made at home, my grocery store bills have been way higher, and I’ve realized that eating healthy is actually really expensive.

For many who don’t have the privilege of eating healthy, how are they doing? A better question could also be, how are we doing to help them especially in these unprecedented times?

To answer this question, I decided to analyze the nutritional values of the foods most commonly donated to homeless shelters, and whether they meet expectations. To understand what’s donated, the key assumption I made is that these foods donated are the same as the ones usually asked for.

Scraping a bunch of food names and their associated nutritional facts from a few top sites for homeless shelter donations, I arrived at the following list:

To understand the “average” meal an individual is eating at the shelter, I decided to sum all of nutritional values for each food (each valued at one serving) and scale the overall to a 2000 calorie diet.

This is extremely generous since at many homeless shelters, diverse food options are rare and meals are likely not offered for all times of the day. In the best case scenario though, here’s where we are: 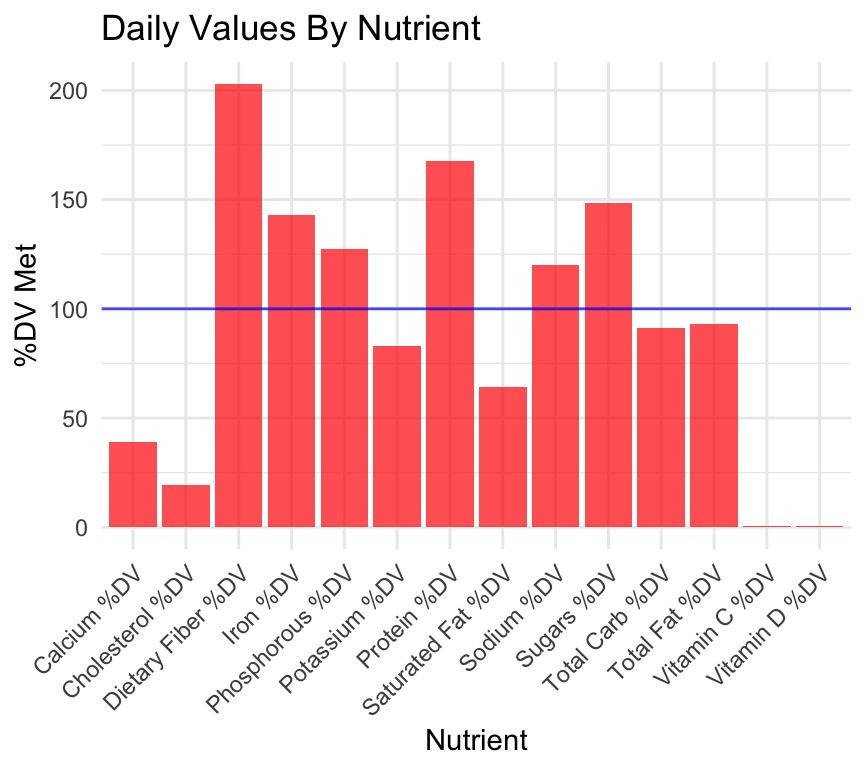 The horizontal line represents if the daily value was met. For the big 3 macro’s, we see pretty good results: total carbs, fats, and proteins are either close to being met, or met with flying colors. However, there are some pretty big concerns. Sodium is above the threshold, which although may seem like a small problem, it’s important to note that the homeless don’t drink nearly as much water as they should so high sodium is dangerous.

Similarly, many important nutrients such as Vitamin C, D, and Calcium are either underrepresented or completely 0. There are two ways we could solve this problem.

Since we also have to take into account the logistics of storing and providing food for the homeless, going outside the list may not be the best strategy since for example, donating fresh fruits, could just lead to relaying expired foods to a vulnerable population.

Targeting the sodium issue first, we want foods which offer many calories but are low in sodium measured relative to a single serving. 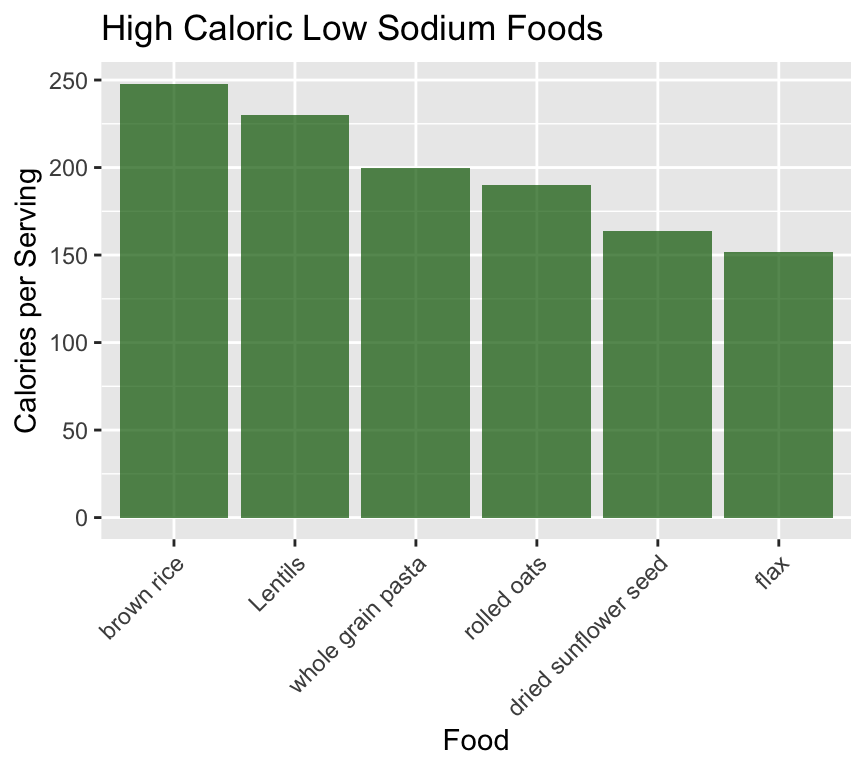 From the above graph, we see that brown rice and lentils, top out on the list for maximizing these two goals. In these examples, their sodium content is actually 0% of their daily value. Similarly, we should avoid these donations:

If our goal was to instead close the vitamin/calcium gap, we should choose from these contenders: 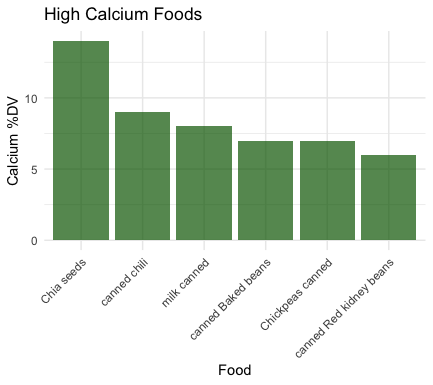 Where’s Vitamin D? It turns out that no foods in this list offer any significant Vitamin D. Although this could be a problem with just the list, this still makes sense since we’re limited by the fact that foods have to be perishable and the foods with vitamin D (e.g. fresh fruits) can’t fit in this list.

Finally, a big problem that many worry about when making food donations is how healthy all canned foods are on the long term diet of the homeless (and even themselves).

As we can see from above, in comparison to un-canned foods, canned foods offer in some cases, higher levels of added sugars for low carb foods. Digger deeper, we see that these groups break down as the following in the low-carb areas: 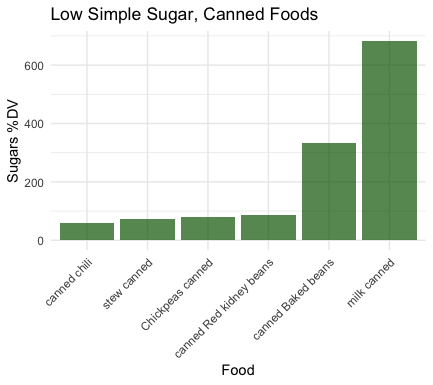 According to a lot of research, simple added sugars/preservatives are actually devastating in the long run for your cardiovascular health. A conclusion you could thus take away to opt for dry foods/seeds over processed foods such as baked beans or canned milk.

In conclusion, there’s still room to grow in terms of what homeless shelters ask for and what we give them. While on average in the best case scenario, many nutrients are met, we’re still underfeeding this population on a variety of small but important nutrients and putting them at risk with preservatives.

While the bigger question is how we can build infrastructure to support fresh foods and decrease preservatives that way, for now, we can use the above recommendations to combat in ways that homeless shelters can already support.